Buddhism in Tibet is one of the few Buddhist traditions which includes the practices of Tantric techniques. Tibet is also known for Dalai Lama and many Buddhist pilgrimage sites such Potala palace, Jokhang Temple, etc. Aside these aspects, Tibetan Buddhism is quite popular in Nepal since it is quite similar to Buddhism in Nepal. The ultimate goal of each and every Buddhist tradition is to attain Buddhahood and the teachings of Buddha on Dharma, Noble Four Truths, Noble Eightfold path will lead the path to attain Nirvana. 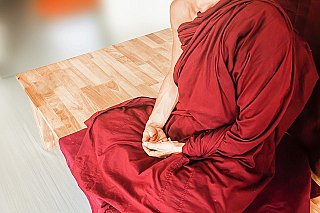 Meditation are some of the important techniques in religion of Buddhism. Even Lord Buddha attain Knowledge of Enlightenment through sheer practice of meditation under the Bodhi Tree in Bodh Gaya so does the Disciples of Buddha, major Bodhisattvas in every Buddhist tradition and so on. Basically Buddhist monks must purify the space and place they are meditating. Many Buddhist monks practices such meditation in front of Buddha statues i.e. Nepali Buddha statues, Burmese Buddha statues, Tibetan Buddha statues. They make offerings to Tibetan Buddha statues and must make good postures, take refuge in three jewels. They must also purify negative thoughts that arise in their minds by accumulating in good deeds and virtues. 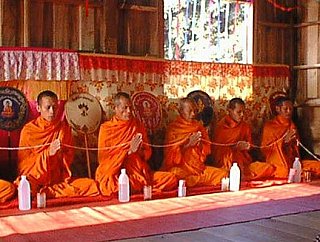 In Buddhism of Tibet, as well as in various Buddhist tradition i.e. Buddhism in Nepal, Vajrayana Buddhism, Meditation and chanting are quite important Buddhist techniques. These practices are done by many Buddhist devout in Buddhist pilgrimages sites in Tibet as well as Buddhist pilgrimage sites in Nepal since the history of Tibetan as well as Nepali Buddhism are closely related due to the marriage and action of Princess Bhrikuti with King Songtsan Gampo. These devout also practice meditation in monasteries of Tibet i.e. Palcho monastery, Samye Monastery and also in solitude places i.e. cave, forest etc.