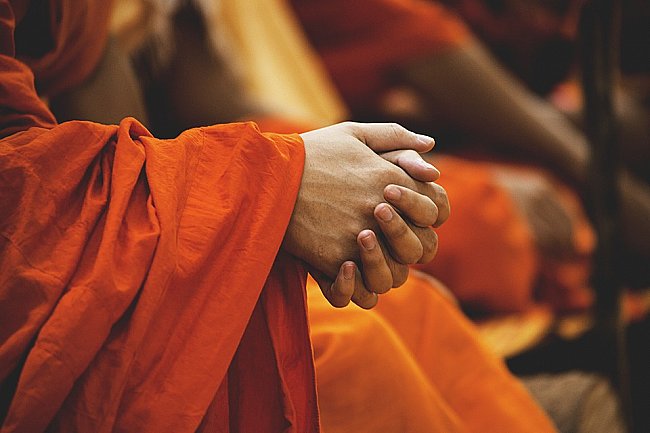 The art of U Thong originated in the Central region of Thailand between the 12th and 15th Centuries A.D. the style was developed with differences from different areas. U Thong Buddha statues falls into three distinct types. 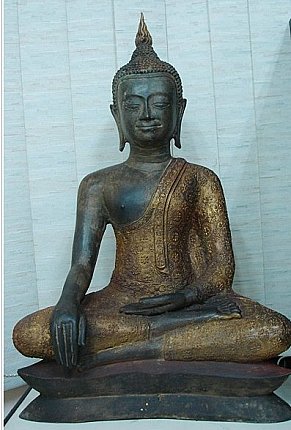 Type 1: This first and rarely encountered type presents a mixture of Dvaravati and Khmer influences. Distinguishable features are the lotus bud aureole, the hair frame, a Khmer styled square face and the long robe with the edge cut in a straight line. The base tended to be plain with an inward set V shaped hollow.

Occasionally the hair was tied into a topknot or transformed into a cone shaped cranial protuberance. A rather stern expression shown on a square face was similar to that of Lopburi style and the chin had a human like cleft.

The mantle, smaller than the Lopburi style, was cut into a straight edge. The Buddha is usually created in the 'Subduing Mara' (Maravijaya) posture. The lap is narrow and the shins are ridged (called the 'sharp shinned' design). The base is concave with no decoration.

Type 3: Although strongly influenced by the art from Sukothai, some U Thong characteristics were retained as seen in the hair band and the based with the inverted V shaped hollow. The style probably originated between the 14th and 15th centuries A.D.