View our Nepali Buddha statues in our gallery

According to history of Buddhism, Shakyamuni Buddha was born in the Himalayas region of Kapilvastu, Lumbini, which lies in Nepal and was the son of King Suddhodhana and Queen MayaDevi. Around 10.74 % of total population followed Buddhism in Nepal, and there are many cases where Hindu as well as Buddhist people shares some temples for their respective practices and meditation and other Buddhist practices. One supreme example of such heritage is Swayambhunath Stupa. It is one of the few places where both Buddhist and Hindu people gather together to worshipped and practice their religious as well spiritual techniques. Not only Swayambhunath Stupa, but other Buddhist pilgrimage sites are considered holy and sacred by people of Nepal. Even Nepali Buddha statues, stupas, monasteries are respected and worshipped in Nepal. 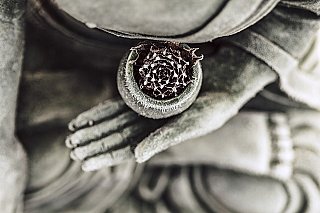 Being one of the oldest tradition as well as the existence of Tibetan-Nepalese ethnicities , there are various Buddhist tradition that exist in Nepal. They are:

Nepal is one of the few countries where the skills of craftsmen are recognized worldwide. What's more important is there are thousands of Nepal Tibet Buddha statues around Buddhist monasteries, stupa such as Swayamabhunath Stupa, Bouddhanath stupa etc. Many craftsmen are quite efficient for making Nepalese Buddha statues as well as Tibetan Buddha statues with quite skills and with such efficiency. While Buddhism in Nepal is only followed by few percentage of total population, but large number of Hindu people also respect and follow the principals as well as teachings of Buddhism. For the honor of Lord Buddha, big festival is organized during the birth date of Prince Siddhartha and both Hindu as well as Buddhist people, work hard to make such festival a huge success.

Our collections of Nepalese Buddha statues and arts