View our collection of Buddhist arts and statues in our gallery

Agganna Sutra is the 27th Sutra that is included in the Digha Nikaya collection. The Sutra describes an in-detailed discourse by the Buddha to two brahmins- Bharadvaja and Vasettha. Bharadvaja and Vasettha left their family and the community to become the Buddhist monks. When they expressed their interest to become Buddhist monks and be a part of the Sangha, they were insulted and was maligned by their own ethnic community members. This act made them very disturbed and when they met the Buddha and express their experiences, the Buddha explained social concepts cannot be compared with the Dhamma. He further explained that anyone from the four castes can become a monk and reach the state of Arahant. He explained almost everything from the beginning of the Earth and life till the death of the being. He also emphasizes the message of universality in the Dhamma and how the Dhamma is the best of all things. 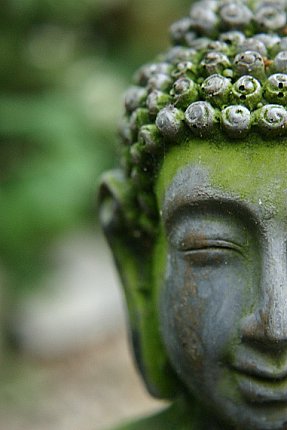 In this section of Agganna Sutra, it provides the brief background on how the discourse really began, the confusions of the two Buddhist monks and the realistic reply of the Buddha. The Bharadvaja and Vasettha were actually Brahmin by birth and were very much interested to follow the teachings of Buddha and to become the member of the Sangha. But they faced a humiliation when they expressed their interests. Therefore, they asked the Buddha about the nature of the society when they get an opportunity to meet him.

In reply, the Buddha shared that the Brahmins have actually forgotten about their past. The fact is that the woman in the Brahmin caste can get pregnant, give birth, and take care of their children. Therefore, it the female figure in the Brahmin society not the mouth of the Brahma from where the Brahmins were born. Thus, the Brahmin's words are untrue and are not speaking the truth. They will reap a bad result from their own deeds.

The Buddha also explained that whatever the caste might be, the people would still see that they do negative deeds if they murder, do sexual misconduct, lying, practice wrong beliefs, etc. They will also be regarded as not worthy of respect. If the people refrain from all the negative doings then the people will regard them as positive and will earn the respects no matter what their caste might be.

Therefore, anyone from the four castes, if they practice sincerely with the discipline and struggle, they can become the arahant.

The Beginning of Life on Earth

In this section of the Agganna Sutra, it consists of the knowledge on how human beings came to dwell on Earth. The Buddha explained that before the beings were born into this world they lived in Abhassara Brahma world. When this world was at the time of expansion, the beings died there and then mostly born in this world. But before the birth in this world, they have dwelled for very long time till the Earth was prepared for the livings. Slowly, everything was build up and hence the appropriate environment was created.

The Birth of social order and castes

In this section of the Agganna Sutra, the Buddha explained about the origin of social order and castes. He clearly explained how the four different castes were originated and what was the nature of these castes in the period of the Buddha. He further explained that there were people who were not satisfied with their life. They left their home and became celibate ascetics. Hence the fifth caste was also formed.

The Buddha further mentions that a person who becomes a Monk with the eradication of stains of mind, relieved himself from the burden and attained freedom then they would be declared as the best from all of them in accordance to the Dharma.

View our collection of Buddha statues in our gallery