Home / About Buddha / Teachings of Buddha 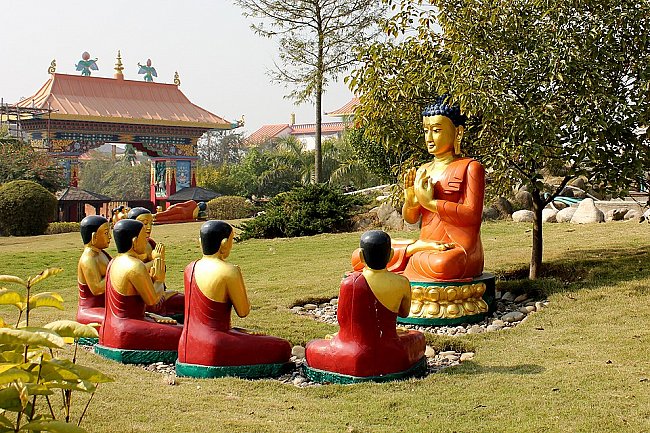 Prince Siddhartha became the Enlightened One after attaining the Nirvana under Bodhi Tree in Bodh Gaya. Lord Buddha went through six years of hardship and meditation, and attained the ultimate truths of life and truths. Lord Buddha meditates under the Bodhi tree for next 49 days. After 49 days, Lord Buddha began his journey to teach the first Wheel of Dharma in Sarnath. These teachings included various other Buddhist teachings such as Four Noble Truths, Noble Eightfold Paths and other various Buddhist discourses. It is believed that these various discourses later became the sources for the core principles of Hinayana i.e. Theravada Buddhism and also known as lesser vehicle. Whilst the second as well as the third Wheel of Dharma includes various Buddhist sutras such as The perfection of Wisdom Sutra, and Sutra Discriminating the Intention etc.

When Lord Buddha attained Enlightenment, Lord Buddha also found answers to unsolved questions of life, death, rebirth and truths. The teachings of Lord Buddha saved many living beings, souls in every realm of life and deaths. His teachings are also the sources of many Buddhist traditions, such as Mahayana Buddhism, Tibetan Buddhism, and Nepali Buddhism etc. These teachings consists of various important Buddhist terms as well sutras such as Dharma, Karma, five precepts, wheel of life or Bhavachakra, Lotus sutra, Abhidhamma sutra etc. 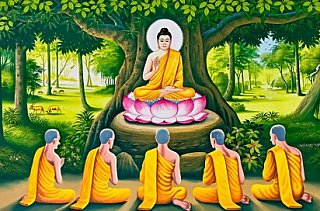 These are the basic teachings of Buddha that played important role in the development of Buddhism in many Asian Countries. Many Buddhist sculptures, Nepal Tibet Buddha statues also depicts some kinds of teachings i.e. meditation mudra of Buddha images depicts that one should deeply meditate to make his mind and body one so that they can truly attained the ultimate meanings behind the life, death and rebirths. During the Parinirvana i.e. Death of Buddha, Lord Buddha gave his last teachings to many Buddhist monks who were grieving in front of the reclining Buddha. Gautama Buddha gave sermons and asked each and every Buddhist monks not to grieve and practice and study these teachings of Buddha.